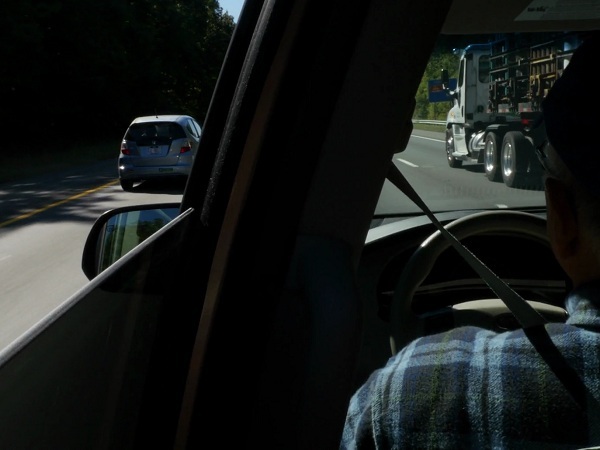 Window tinting in the Sunshine State entails many persuasive arguments to go with the superior Huper Optik ceramic tint film in Orlando on your car, home, boat or any other property you want to be protected. The Huper Optik ceramic film not only protects properties but also provides excellent defense for the human occupants of the properties.

When it comes to Orlando and Huper Optik ceramic window tint film, understand that the company’s ceramic technology aims for the utmost in protection. That’s important in the Central Florida region wherein most communities the sun shines 200 or more days out of the year. Plus there’s the hot, humid atmosphere.

There are days that people feel uncomfortable inside a car, boat or even at home even if the air conditioning is turned on. Apply a Huper Optik tint film to the windows and save all that energy needed to run the A/C – and live more comfortably. How so? It’s all in the science.

Huper Optik ceramic film is ultra effective in Orlando because of its nanotechnology. This process involves applying nanoparticles – tiny elements (between 1 and 100 nanometers in size) that behave as a whole unit in behaviors.

Huper Optik discovered out how to disperse nanoparticles in its window tint films to bounce away from the sun’s ultraviolet rays (often called UV rays), infra-red (IR) rays and visible light to the fullest extent possible. Globally, nanotechnology is respected to the point that scientists are eager about its potential with future space exploration, among many applications including in medicine.

But Huper Optik is excited about what nanotechnology does today for window tinting.

Huper Optik ceramic window tint film is attractive, especially in Orlando, because it deflects heat and protects humans and property from the damaging impact of the sun’s rays. The ceramic tint film also looks great from the outside, often improving exterior appearances of cars, boats and homes; and it is known to hold its shading and color over time.

Many inferior tint films will fade or turn purple after only a few years. Not so the ceramic window tint film. So when you’re weighing window tinting in Orlando or surrounding communities, think long-term investment. Ask your window tint installation company about high-quality tint films like Huper Optik, LLumar, DUB-IR or 3M.

For Huper Optik ceramic in Orlando, you have options too. The company’s Ceramic Series applies nano-ceramic technology and is among the best-performing window tint films available. A pro for ceramic window tint film is it does not interfere with wireless or radio waves like other films can, allowing high-tech items like mobile phones, satellite radio, keyless entry or GPS.

The Xtreme Optics Series blends the technology with style and leans toward affordability. The Select Series engages high-performance precious metals, offered in natural tones for aesthetic appeal, to allow some light to penetrate while still rejecting the most heat possible. The dye-stable film is guaranteed not to fade and is offered in 5 different colors. Window Tintz provides a lifetime warranty.